Over the weekend, a bombshell may have dropped on the wrestling industry that we most likely won’t know about for a few weeks or even months.

There was a rumor that Kurt Angle had been contacted about a potential return to WWE and potentially reforming Team Angle with Chad Gable and Jason Jordan, who are known as American Alpha in NXT.

However, Angle is not the only former WWE superstar that has been contacted about potentially returning to the company in the near future to help with the brand split.

According to DailyWrestlingNews.com, the company is specifically looking to bring back former WWE stars that are over the age of forty for veteran presence and to help with all the new talent coming to the main roster.

Other than Kurt Angle, WWE has reportedly contacted, Carlito, Stevie Richards, and MVP. All three men bring something different back to WWE and wouldn’t hurt anyone being a veteran presence putting over new talent.

There is no confirmation that any of these men or any others have been signed by WWE or are even appearing for an appearance on WWE programming. However, it makes sense for WWE to look for veterans that can help.

Who else do you want to see return? 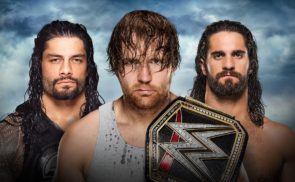