Randy Orton has achieved a level of longevity that’s rarely seen from a WWE Superstar. It’s not just about how long he has been wrestling, but he’s continuously put over future stars. Also, WWE fans haven’t turned against him like they have with other performers.

At SummerSlam, Orton will challenge Kofi Kingston for the WWE Championship. He’ll either become a 14-time world champion or give Kingston the biggest win of his own career. The only problem is that no matter the outcome, no one can beat Father time.

According to a recent report from talkSport, Dave Meltzer mentioned that an old neck issue has re-surfaced and Randy Orton is working hurt. Odds are that he will take some time off after SummerSlam if he doesn’t win the title, but that won’t solve the problem.

The Viper took some time off between WWE’s last Saudi Arabia show and his feud with Kofi Kingston to heal up. However, Meltzer claims that Orton was advised to have neck surgery by a doctor a few years back. A second opinion changed his mind, but his neck problems re-surfacing has some people wondering if it could potentially end his career.

Neck issues are nothing new to professional wrestlers. The fact is that Randy Orton has been wrestling for almost 20 years. He’s always had shoulder and neck problems and has missed a lot of time as a result. His schedule could keep his career going for years, but all it takes is one wrong bump or just one bump too many to force Orton’s hand.

There’s no word on the current severity of The Viper’s neck issues, but these kind of injuries don’t go away. Obviously, he’s still wrestling at the highest level. However, the WWE Universe should keep an eye on him and make sure to enjoy his in-ring work.

Do you believe Randy Orton is overrated or underrated? 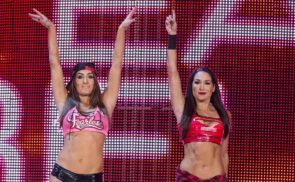