Rumor: “King of the Ring” Could Be Returning to WWE

“King of the Ring” is one of the greatest concepts WWE ever created. It’s helped launch a lot of careers in WWE, but it is by no means a guarantee to superstardom as the past several years have proven.

Last year, WWE brought back the tournament as a WWE Network special. Bad News Barrett became the “King of the Ring,” which made him King Barrett and lead to a very lackluster push that disappointed a lot of people.

According to a report from RingSideNews.com, WWE has apparently applied to have “King of the Ring” as a trademark, but they’re looking to make it a PPV event rather than a spin-off of WWE television.

There is still a lot of potential for the “King of the Ring” concept to be successful and help elevate new stars to become major players as it once did when rising stars like Stone Cold Steve Austin won the tournament.

With the brand split, it is likely that a “King of the Ring” PPV would featured both Raw and SmackDown stars and both brands would contribute the same amount of WWE superstars to the tournament.

Who do you think deserves to be the next “King of the Ring?” 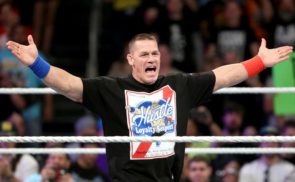 John Cena Will Be Taking Even More Time Off From WWE 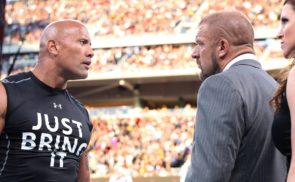