Recently, it was reported on WrestlingRumors that Roman Reigns had surpassed John Cena as WWE’s top merchandise seller. On paper, that’s a good thing. A lot of fans and analysts question how Cena’s sales are still so high despite barely being on WWE TV.

Others have blamed Roman’s complex dynamic with the WWE Universe as the reason why he hasn’t surpassed Cena until now. However, DirtySheets has revealed the details behind WWE’s merchandise sales and why Roman Reigns is considered the top seller.

According to the report, “The Big Dog’s” individual merchandise sales are not strong at all. By item, Roman’s merchandise sales have been disappointing, but his numbers are so high because of the number of items being sold. A top wrestler like Seth Rollins has two shirts and maybe a few small items during a WWE event. Roman Reigns can have as many as ten or more items available for purchase during a WWE live event.

As of this writing, Braun Strowman and Daniel Bryan have the two hottest selling items in the company. Bryan is selling a lot of t-shirts, but Roman is selling shirts, gloves, vests, Shield merch, WWE Universal Championship belts with his name on it, and more. WWE officials value the number of items sold over one successful individual item.

Here’s a perfect example of WWE’s process with its merchandise. Back in the day, John Cena exclusively had autographed pictures at WWE events to sell. Each picture costs as little as 25 cents to print and is sold for 20 dollars or more. The profit for those pictures is unbelievable and they’re always the first things to sell out during WWE’s live events.

Those autographed pictures aren’t exclusive to Roman Reigns, but that gives him a huge advantage in merchandise sales along with all the items he can move. Some people are big supports of Roman and that’s great. He’s just doing his job. But if you are a fan who doesn’t want him to receive the push he does, buy more merch from guys like AJ Styles. 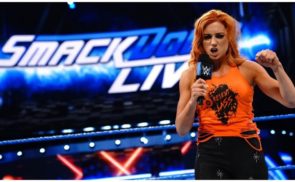 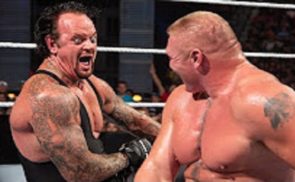