Opinion: What’s Next For Sheamus?

Six months ago, Sheamus was arguably the top heel in the company. Maybe not by momentum standards, but in booking and presentation.

The Celtic Warrior cashed in the Money in the Bank contract, won the WWE World Heavyweight Championship, and formed The League of Nations.

Unfortunately, Sheamus lost the WWE title to Roman Reigns after about a month of holding it, which killed the momentum of the stable and his own momentum as a heel.

Since then, he has been floating around with his stable without a ton of momentum, but they eventually disbanded shortly after Wrestlemania 32.

Now, The Celtic Warrior is barely being featured, but he has little momentum to speak of, and he lacks any real purpose of character. Simply put, what’s next for Sheamus?

The obvious answer is he’s doing a movie press tour for Teenage Mutant Ninja Turtles 2, which opens in early June.

I’m not an executive in WWE headquarters, but shouldn’t they be promoting Sheamus and that movie as much as possible. That seems like a no-brainer for the company since a lot of Raw is promotion.

Even if they do that, it’s only going to last for a few weeks. What happens to Sheamus this summer? He’s been in WWE as a strong performer for over five years, so he’s already worked with a ton of guys in the midcard.

In my opinion, he’s the perfect guy to get Baron Corbin or Apollo Crews over. Corbin is difficult because they’re both heels, but Crews makes sense.

It would be agility versus raw power in the ring and Apollo getting good wins over a former WWE Champion would do far more than promotional videos about him would do. That would also give Sheamus something to do until another feud presents itself for him.

What do you think is next for Sheamus? 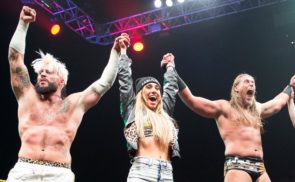 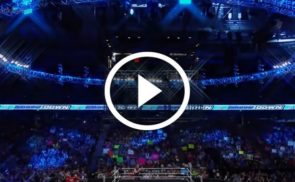 Chris Jericho chooses to enter the Asylum: SmackDown, May 19, 2016