Opinion: Should All WWE Superstars Have Equal Pay?

Yesterday, Ryback sent out a statement and directly addressed the news that he went home and will be off WWE programming until his contract situation is settled for better or worse.

The Big Guy said a lot in his lengthy statement, but the most interesting part was the following:

“Why not pay the talent equally? The winners have more MERCH as it is or are supposed to anyways so they get that extra perk, but why make the guy who is told to and agrees to lose earn less and sacrifice spots in big pay per view match ups etc. This is one of the major problems with wrestling and WWE today. Most guys take great satisfaction in helping making other talent, the bitching and the moaning we always hear about stems from the fact they know they are ultimately over time going to make less and live in fear of being released.”

In my opinion, he comes off a little jealous and a little self-centered. It’s deathly obvious that Ryback believes he is a big star and should get paid accordingly, and the issues in negotiation are that WWE doesn’t value him as he believes he should be.

All judgement and personal feelings about Ryback aside, he does bring up a very relevant point to the way WWE and pro wrestling works in general. His idea is for ALL wrestlers to make the same amount and then for merchandise and other factors to determine how bigger stars get paid more.

On paper, is it fair for Lebron James to make the same as a bench player, but then he’s rewarded with more pay based on sponsors, performance, and other factors?

By that same logic, should John Cena be making the same amount for the initial match as someone like Bo Dallas? No offense to him whatsoever, but that’s not fair. Not to mention that wins would mean much more if pay were the same because more wins means more money.

Ryback does bring up a good point about the losers who are “doing what they’re told” slowly become jobbers and are eventually released without much momentum. That’s not really fair, but they are compensated for their time and efforts.

They still get the exposure of WWE, and every match is an opportunity to change the perception and become a star. It’s about performance and having the talent to succeed. I’m sorry, but not everyone has that talent to become a top star. It’s a cold hard fact of the business that hard work and dedication can only take you so far.

Dead honestly, Ryback comes off as a sports entertainer, not a professional wrestler. He’s had huge opportunities in WWE, and his star has fallen because he doesn’t have the talent necessary to be a top guy.

WWE has had four years of Ryback, and they want him in the company, but he’s going to have to make a choice to settle in WWE, or try his luck with other promotions.

He brings up a good point, but big stars in any sport or entertainment venue are given more money for a reason, and you have to work your way up the hierarchy of wrestling. Everyone from Austin to Hogan to Rock to Cena to Roman Reigns did it. Equal pay is a great idea on paper, but it’s not the reality of the industry we’re in.

Do you believe that all WWE Superstars should be paid the same amount for their matches and then other factors can determine the rest? 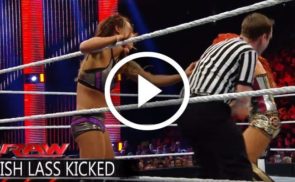 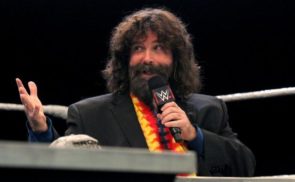