BY Will McCormick – ON February 16, 2016 IN Lucha Underground, News

Looking back at Matt Striker’s time working with WWE, his energy, knowledge, and enthusiasm was never fully appreciated at the announcer’s table the way it has been in The Temple for Lucha Underground.

The promotion’s second season has picked up right where the first finished and done a well enough job to guarantee a third season in early 2017.

Matt Striker recently appeared on The Two Man Power Trip podcast to discuss the success of Lucha Underground, how he feels about being the promotion’s lead announcer with Vampiro as his partner, and more.

Being a “Lead Commentator” vs. a “color guy”:

I think that my origins in my teachings lend themselves that whomever is in the chair next to me I am going to work to their strengths in a way from what I perceive to be their weaknesses and I hope that people do the same for me. I don’t think the whole assignment of what position am I playing today, am I playing first, am I playing the outfield, I think I am just going to try my best in whichever chair I am sitting in whether it is a two man booth or a three man booth. If people knock Yoshi Tatsu, I use what I am with and who I am working with and I love Yoshi and think he did a great job and I’ll talk about that for days too.

What it is like announcing beside Vampiro and how have they built their chemistry to be one of the most solid announce teams in wrestling:

I think first and foremost Vamp and I are really a lot better away from wrestling then we are when we get to the building and get to the ring. We kind of do avoid each other for the most part of the day because we understand the whole rigamarole that gets involved but then five minutes before showtime we together and we have a little room that we spit some lines at each other for about five minutes and we go out there like a band and like a team we just play. I can’t explain it, it’s almost kindred.

Wrestling fans evolving and wanting to be in on more of a “cool wrestling product”:

It is a great question and an analysis and more of a commentary on society as a whole. What is happening that I am noticing you are getting these dissects of fan-bases. You will have almost the “hipster” equivalent to the fan-base that says look at me I am so knowledgable and I can grow a beard and I happen to know when Nakamura first wrestled, ok dude I get it and that’s great but the fact that I know Tommy Rich and Buzz Sawyer doesn’t make me any different nor better nor anything of a fan than you. 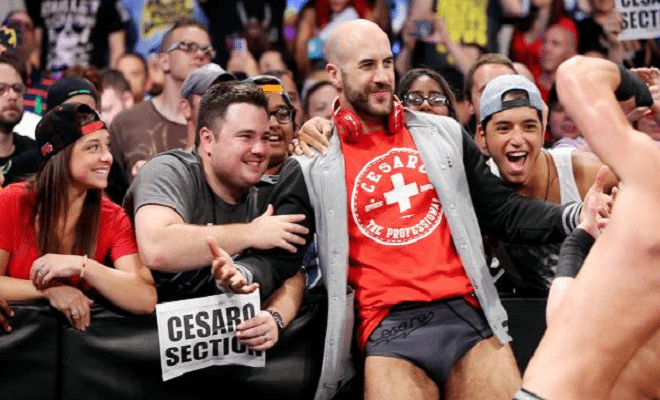 Cesaro Won’t Be Ready For Wrestlemania, But WWE is Potentially Planning AJ Styles vs. Cesaro in 2016 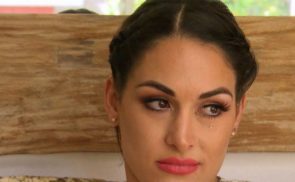