Last week, it was revealed that WWE may be bringing back “Clash of the Champions” from WCW to help fill PPVs after the WWE Draft and brand extension.

Jerry “The King” Lawler recently revealed that WWE would be having two PPVs a month on the WWE Network with Raw getting one and SmackDown getting the other.

It goes without saying that WWE officials have a lot of work to do filling up the PPV schedule after the brand split, so it shouldn’t come as a surprise that some major changes were coming to WWE’s plans.

For example, we’ll also be getting “Backlash” return in September and “No Mercy” return in October. Both of those events will be SmackDown events while “Clash of the Champions” will be an event for Raw.

These are just the ones that have been reported by the source above; there are bound to be more as the brand split begins to really take hold over the next few months.

Are you excited to see former WCW and WWF PPVs return after the brand split? 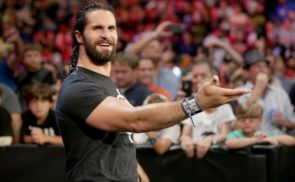 Tags: Backlash, Brand Split, Clash of the Champions, No Mercy