Seth Rollins vs. Triple H was always an inevitable feud for WWE. Most great mentor and protege partnerships in wrestling eventually end up with the two feuding.

HHH and Rollins have been building their feud for over two years now, so it’ll be sweet to finally see them get into the ring and conclude their story together. The expectation was that we’d be seeing their match at the “Royal Rumble” or at Wrestlemania 33.

According to a recent report from CageSideSeats.com, WWE officials are thinking about that issue and are thinking why not both? For the first time in twenty years, the “Royal Rumble” will be held in San Antonio’s Alamodome, so WWE be pulling out all the stops.

WWE is looking to speed up the feud between Triple H and Rollins, which means The Game will be returning to WWE television soon. The belief is WWE will book their first match for the “Royal Rumble,” but there will be an angle that will set up the rematch.

It’s also a given that we’ll see Rollins vs. Triple H at Wrestlemania 33 next year in Orlando. The question is how WWE will be able to keep their feud going for so long.

Do you want to see Seth Rollins vs. Triple H at Wrestlemania 33? 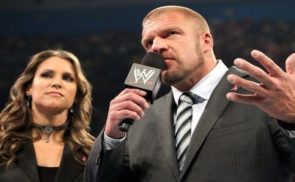 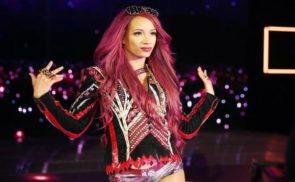