The current WWE Universal Champion Kevin Owens has held the title for quite a few months now and he’s mostly been feuding with Seth Rollins. The expectation is he’ll be defending the title against Roman Reigns at “Roadblock” next month.

Despite what happens on Raw over through “Survivor Series” and into “Roadblock,” the rumors have Brock Lesnar returning after his match with Goldberg to challenge for the WWE Universal title at “Royal Rumble.” We may finally get to see Lesnar vs. Owens.

WWE fans go back and forth about Owens’ chances against The Beast Incarnate. A lot of people think he has no chance, but others believe he is one of the few that does. If we do get Lesnar vs. Owens at the “Royal Rumble,” the latter believes there is only one result.

Recently, Owens took part in a Facebook Live Q&A along with Sasha Banks. One of the questions that he was asked was about a potential match with Brock. You can watch the full Q&A session right here. Below is what he had to say about the possible matchup:

“The biggest, most interesting part about this thing with me versus Brock, is that people don’t think I’d have a chance, and I love proving people wrong,” Owens said. “So not only would I survive Suplex City, I think I’d take him to Suplex City. [Lesnar] goes around calling people his b—h, I think I’d make him my b—h!”

Do you want to see Brock Lesnar vs. Kevin Owens for the WWE Universal title? 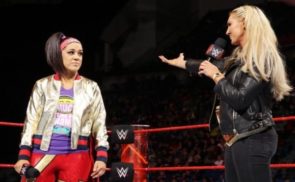 WWE Could Postpone Bayley vs. Charlotte Until Wrestlemania 33 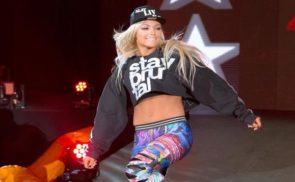