It’s come to light over the past couple of days that WWE officials are planning for Trish Stratus to take on Charlotte Flair at SummerSlam in Toronto. That’s a great spot for the WWE Hall of Famer to have what many consider to be a dream bout in her hometown.

However, Trish has not been featured on WWE programming yet and there are only a few weeks left of build before the biggest party of the summer. WWE officials are more than aware of that fact and intend to use Trish’s return on SmackDown to start the feud.

Related: Charlotte Flair vs. Trish Stratus at Summerslam Has Been a Long Time Coming

According to a report from WrestlingNews.co, Trish Stratus will be featured during the “King’s Court” segment led by Jerry Lawler on this week’s SmackDown Live. That will be the spot for Charlotte and Trish to cross paths and for Flair to lay out the challenge.

It’s going to be interesting to see these women build to their dream match in only two weeks. That could benefit their feud because the match essentially books itself. There’s no reason to have weeks of promos, especially when this is the kind of feud where the powers that be do their best to keep the wrestlers away from each other until the PPV.

Charlotte is the only woman in WWE history with more title reigns than Trish Stratus:

Do you consider Trish Stratus or Charlotte Flair to be the bigger star in WWE history? 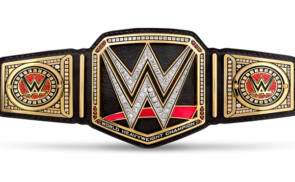 Where They’re Going, They Don’t Need NXT (Maybe). Here Are The Next Countries WWE Is Focusing On.