Last August, Edge openly admitted that his wrestling days were numbered after he made his return to WWE back in 2020. A part-time schedule and smart booking has allowed the WWE Hall of Famer to continue wrestling for the past three years in select feuds, but even he would be the first tell you that he’s wrestling on borrowed time.

During a recent podcast episode of the Leafs Morning Take, Edge discussed a number of topics, including the Toronto Maple Leafs, the fact that the Montreal Screwjob was his first WWE PPV he attended as a talent and an update on the “clock ticking” on The Rated R Superstar’s wrestling career.

Here’s the full appearance from Edge. Around the 8:50 mark is when he begins addressing the “closing window.”

Edge announced his retirement plans back in August. Edge mentioned that he would be interested to officially end his career in Toronto next August. He’s talked about getting to choose his ending this time, but he’s an older man now. Recovery time is likely a lot more significant. Once he’s made the decision to hang up the boots and take more years off, that’s likely the end.

Thus far, Edge hasn’t mentioned any potential wrestlers or younger names that he’d want to work with for the retirement match. The only fact that continues to be emphasized is Edge ending his comeback run at WrestleMania 39 or in Toronto as he mentioned before.

The WWE Hall of Famer has worked his way into television and Hollywood over the last decade as well. He has acting roles coming up soon. As we’ve learned from John Cena or The Rock, those schedules tend to kill the possibilities of wrestling again.

It’s not as if there’s anything significant for him to accomplish. Edge now just gets to write his own ending and that’s something a lot of people don’t get in this business. We should all just take a second to enjoy his time over the next year. All signs and warnings have been sent out to the WWE Universe to understand we’re in the last act now. 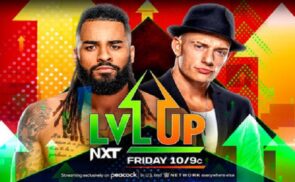