Could We See Shinsuke Nakamura vs. AJ Styles Soon?

Since debuting at the “Royal Rumble” earlier this year, AJ Styles has had countless great matches against many different opponents and is the current WWE World Champion.

Shinsuke Nakamura debuted at NXT Takeover: Dallas back in April and has defeated a list of who’s who on his way to becoming the current NXT Champion. Both men have come a long way and accomplished a lot since Wrestle Kingdom 10 back in January.

AJ Styles recently did an interview with the Phoenix New Times and a potential rematch with Nakamura came up, but this time it would be on American soil and in a WWE ring.

You can read the interview right here. Below is what Styles had to say about Nakamura:

“I think Shinsuke Nakamura’s going to have to work his way up to where I am. I don’t have to work myself to where he is. I’m the world heavyweight champion. So if he wants a piece of AJ Styles and can find a way of getting onto the SmackDown roster, he can come and get some. It may sound cliché, but he don’t want none. But, would people like to see that matchup? Absolutely. And I would love to give it to them.”

Do you want to see Shinsuka Nakamura vs. AJ Styles? 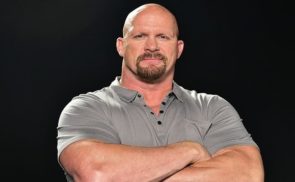 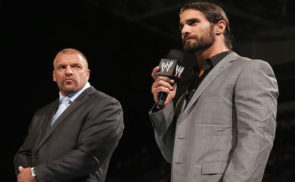 Backstage News On When Seth Rollins vs. Triple H Will Take Place