Since the now infamous Hell in a Cell match between Seth Rollins and Cody Rhodes back in June, the WWE Universe continues to wait for Cody’s return. All indications were that Cody would have been challenging Roman Reigns by SummerSlam. However, the torn pectoral muscle took him out of the game until next year.

The general consensus on the rumor mill is that Cody Rhodes is expected back for the Royal Rumble in January. That’s about six months of recovery time for him. The expectation if that happens is that Cody would win the match and main event WrestleMania 39 against Roman Reigns. People are counting on that, but it’s been a minute since we had an update.

Related: How Cody Rhodes Was Allowed To Wrestle At Hell In A Cell

Brandi Rhodes, Cody’s wife, recently appeared on Steve Fall’s Ten Count and provided a health update heading into the end of the year. During the session, she described Cody’s progress as “really good” and told a few stories about him working with his physical therapist. She explained that all Cody needs left to wrestle is a doctor’s note.

Brandi also commented on her husband’s dedication to wrestling as well as how much work has gone into his rehab. She explained that the infamous bruise that Cody Rhodes sported at Hell in a Cell is completely healed.

Here’s the full interview with Brandi Rhodes where she covers a wide range of topics:

The return of Cody Rhodes is getting closer. Triple H and WWE officials are smart and have seen this game before. If Cody Rhodes enters the Royal Rumble, then he’s got to win the whole thing. The odds are that if Rhodes returns after the Royal Rumble, it was due to set back with the injury, or there are other plans for Roman Reigns at WrestleMania.

As the Royal Rumble gets closer, there’s likely to be a lot more news and rumors surrounding Cody’s WWE return. With him coming off such a career making match in June, he’s will come back to a ton of momentum. WWE officials sometimes try to over complicate these situations. Sometimes the obvious course is the right course. 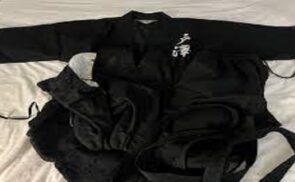