Shortly before Wrestlemania 32, there was a rumor that Bray Wyatt was suffering from some kind of back injury that would be keeping him out of the ring through Wrestlemania.

It couldn’t have been that bad because he was involved with The Rock and took some bumps. He’s also been wrestling since and was wrestling a match with Roman Reigns tonight at a WWE live event in Milan, Italy.

Unfortunately, it looks like Wyatt may have suffered an injury during that match tonight against Reigns. Very early in the match, Wyatt slipped on the mat and immediately clutched his leg.

The match was then called a No Contest, and Wyatt was helped to the back. Reigns apologized to the audience in attendance and a combination of The Dudley Boyz and some Wyatt Family members filled the time spot.

The following was posted by a fan in attendance:

This would be an unfortunate injury, but Bray Wyatt is one of the few guys that can carry the majority of his momentum on the microphone.

WWE.com has always posted a story on Bray Wyatt’s injury, so there is more news to come on this, and the expectation is that it’s going to cost him some more time in the ring.

Do you think Bray Wyatt has what it takes to be a WWE Champion? 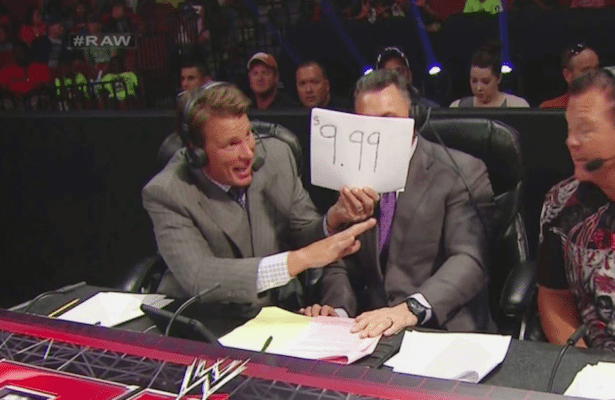