Bray Wyatt Challenges The Rock to Match at Wrestlemania 33

At Wrestlemania 32, Bray Wyatt confronted The Rock. Their confrontation eventually led to an impromptu match between Rock and Erick Rowan, which the former won in less than ten seconds.

Before The Wyatt Family could squash him with the numbers game, John Cena came down to make the save and Cena and The Rock stood tall for a great Wrestlemania moment.

There is no doubt that The Eater of Worlds has unfinished business with The People’s Champion, so that could eventually lead to a match between Rock & Wyatt.

Earlier this week, The Wyatt Family appeared on ESPN’s SportsCenter segment. During the interview, Bray Wyatt said the following about The Rock and issued him a challenge for Wrestlemania 33 in Orlando.

“The Rock is the biggest star in the world period. It was a moment for me as well, especially because I was walking out and seeing 100,000 fireflies, and that was something of beauty. Being out there with The Rock… It was cool, I guess I would say, but I would also have to admit that we have unfinished business, and if he’s listening or watching, Rock, I would love to finish it at WrestleMania 33.”

Do you want to see The Rock vs. Bray Wyatt at Wrestlemania? 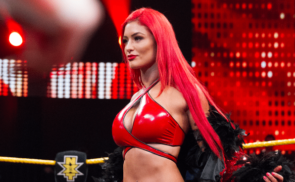 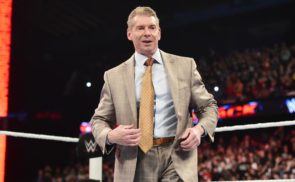