Last month, Adam Rose was suspended sixty days for breaking WWE’s Wellness Policy for the second time in his career.

Shortly after his suspension, Rose issued a statement stating that he “didn’t do anything knowingly wrong” and would be providing more information.

Last night, Adam Rose gave us more information. On Twitter, he posted the following note from his doctor claiming that he has a one hundred percent valid prescription for his ADHD that WWE has been aware of for over a year:

To Whom It May Concern,

I am writing this letter on behalf of Adam Rose (Ray Leppan – D.O.B. 7/20/79), whom i have treated since 4/20/15. He has chronic signs and symptoms of ADHD, determined through a very thorough psychiatric exam on 4/30/15. He takes Aderall XR, which is an FDA-approved treatment for ADHD, and we have followed all standard of care protocols during his treatment, which has gone very well. He takes his medication as prescribed, and he is compliant with my treatment recommendations.

There was a report that Rose has gained quite a bit of respect from many within the company for his statement and fight against his suspension.

This note from his doctor is going to give him a lot more since it seems he was suspended unjustly. However, if WWE was aware of his prescription and issues with ADHD, it’s possible there is something else to the story.

Do you think there is more to Rose’s suspension aside from his prescriptions to ADHD? 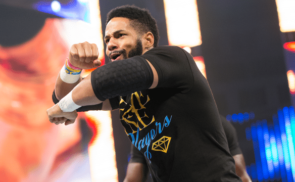