BY Wesley Copeland – ON November 7, 2016 IN News, Rumors, Uncategorized, WWE

Dave Meltzer of the Wrestling Observer offered further details on the incident.

The altercation took place as the Raw crew traveled from Leeds, England to the Raw taping in Glasgow, Scotland. WWE has made no official statement.

Reports say that Sin Cara was making “annoying” noises on the bus, continuing after being asked to stop by various people on the bus. Jericho told him to stop more forcefully, to which the luchador replied “f**k off.” A few more words were exchanged before Sin Cara threw a wild punch at Jericho, at which point everyone rushed in to stop the fight. Somewhere along the way, Jericho bit Sin Cara’s finger.

Sin Cara was then kicked off the bus.

ORIGINAL STORY: A fight allegedly broke out on an overseas tour between Chris Jericho and Sin Cara.

The news comes via Wrestlezone’s Justin LeBar. No details regarding who initiated the fracas, or what it was about are currently known. If we hear more we’ll be sure to let you know.

This isn’t the first time either men have been involved in an altercation backstage. Back in May of 2014, Sin Cara came to blows with Sheamus during the May 5-6 TV tapings. Again, the reasoning for the brawl wasn’t clear, and the only information that came out of the report was Cara supposedly came out on top.

As for Jericho, his most-recent fight saw him get into a kerfuffle with Brock Lesnar after The Beast opened up Randy Orton with a series of elbows in their match at Summerslam.

Apparently, Jericho headed to the gorilla position after the match to check on how Orton was doing. Y2J would then ask Michael Hayes what was going on with the finish of the match, and would go on to be quoted as saying “that is b***s***.”

In Jericho’s book, he also spoke about a different fight; this time with Goldberg. According to Jericho he and Goldberg never got on from their time in WCW together due to Goldberg seeing Jericho as a jobber. When the two crossed paths in WWE, a fight broke out, Jericho synched in a headlock on Goldberg and didn’t let go until the fight was broken up by officials, for fear of Goldberg getting free and murdering Jericho, so to speak.

For more on this story as it develops, stay tuned to WrestlingRumors.net. 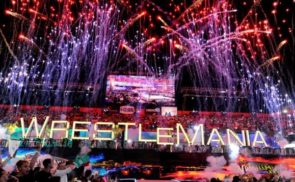 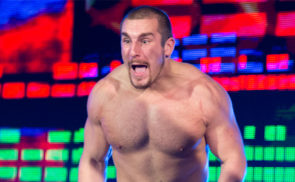