Are you sure this is going to work? WWE is in a good place at the moment when it comes to the amount of talent it has on hand. They are currently running with three full time television rosters, plus whatever they can get out of NXT UK. There are enough wrestlers to fill all of those up, but you can always use a new star. That is what they are shooting for, but it might not be their best style.

One of the areas where WWE could use a boost is their Raw women’s division. After Becky Lynch went on maternity leave earlier this year, Asuka has been the dominant force for several months. However, she has been almost the only force as both Bayley and Sasha Banks have been coming over from SmackDown more than once to give her a challenge. The division needs some fresh blood and WWE has an idea to bring some in. It just might not be the most traditional method.

According to Wrestling Observer Radio, the plan to make Lana into a “hot babyface” by having her being driven through the announcers’ table by Nia Jax every week is still ongoing. WWE writers Bruce Prichard and Ed Koskey have been writing the angle and think that this is the kind of story that will work for Lana in the future. This week on Monday Night Raw, Lana qualified for the Raw Survivor Series team and was driven through the table by Jax again after the match.

It has been some rough going. Check out what Lana has been through:

Opinion: I’m still not sure if I get how well this is supposed to work. Lana was hardly popular in the first place and she has now been put through a table six times in a row. That is hardly the kind of thing that you usually see for anyone, and I don’t know how well it is going to work here. Lana is a good character but not the strongest in-ring performer and that is going to cause her some issues in the future.

What do you think of the angle? Will it work like WWE thinks it will? Let us know in the comments below. 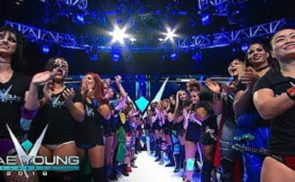 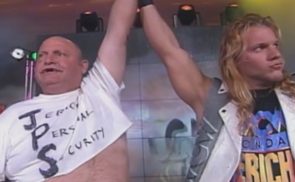