Maybe it’s time to change. There are a lot of wrestling shows under the WWE banner and that has been the case for a very long time now. Some of the shows are a lot more important than others, but there are some shows which do not get the most attention in the world. That is not likely to change for the most part, but it does not mean a few tweaks can’t be made. One big tweak is coming to another show.

Back in 2016, WWE debuted 205 Live, which gave the cruiserweight division a show of their own. The show has been on the air for about four years now but it is still on the very low end of the WWE totem pole. 205 Live rarely features major matches or names and is little more than a supplement to a division that is a supplement to the developmental television show. Things may be changing though and in a good way for once.

According to PWInsider.com, starting with the October 16 episode, 205 Live will be undergoing a major change, with production of the show moving to the Capitol Wrestling Center, formerly known as Full Sail University. The show will be under the NXT production banner with NXT creative and staff members putting things together. There is no word on any new wrestlers appearing on the show, but Dewey Foley will remain the show’s head writer.

The show is better than you might think. Check out what they are doing:

Opinion: This sounds like a positive upgrade as 205 Live doesn’t exactly have much further to go. The show has very little star power and doesn’t do much more than attempt to enhance the lower end of the cruiserweight division. That isn’t quite top level material but maybe NXT can do a little something with it. Hopefully it’s an improvement though, because otherwise there isn’t much of a point to the show.

What do you think of the show? What changes does it need? Let us know in the comments below.

Reason Why SmackDown Is Receiving Most Of WWE’s Angles 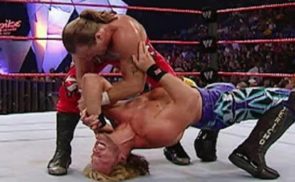