Name that show. WWE is the king of professional wrestling and that has been the case for a very long time now. No one has given them a serious run for their money since WCW went out of business nearly twenty years ago and that is not likely to change anytime in the near future. They have since acquired trademarks and concepts from all kinds of promotions and now they have done it again.

One of the more interesting wrestling stories over the course of the year was AEW Executive Vice President Cody Rhodes attempting to buy up various former WCW trademarks. Several of these were names which were invented by his father Dusty Rhodes and were acquired by WWE when they purchased WCW. WWE had not used them since though, and it became quite the interesting showdown. Now though, the showdown has come to an end.

According to Fightful.com, Cody has dropped his trademark applications for a variety of WCW shows and concepts. Almost immediately thereafter, WWE applied for trademarks for Slamboree, The Match Beyond, Bunkhouse Stampede, Battlebowl, Superbrawl and Bash At The Beach, the latter of which was the only concept which AEW actually used of the group. This comes less than a week after WWE dropped the Cody Rhodes trademark, which Cody claimed and has begun using.

There is some history here. Check out what WWE is getting:

Opinion: This is a good situation all around as Cody gets his name back and WWE gets some shows that it isn’t likely to use. However, they did at least use Halloween Havoc for NXT so maybe they can add in a few more of these in the near future. They are good names and it is a shame to have them sitting on the shelf for so long. Use what you have instead of some of the current WWE names, many of which are lacking.

What is your favorite pay per view name? Which will WWE use first? Let us know in the comments below. 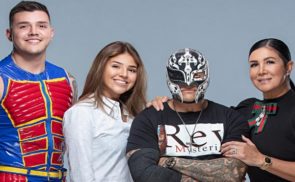