He would know. Stables have made a resurgence in recent months and that is a pretty good idea. Today’s wrestling has so many talented performers but some of them are a bit lacking in anything that makes them stand out. As a result, one solution that you will see is putting wrestlers together into a group. This has worked for years, and now we might be seeing a classic stable making its return.

Stables were a big deal back in the 1990s as again there were so many wrestlers out there that something had to be done with a lot of them. This led to some very memorable moments over the years, with the WWF’s stables being some of the most famous in modern history. WWE knows its history as well, which may be why one legend made a surprising appearance on Monday Night Raw.

WWE Hall of Famer Ron Simmons appeared on this week’s Monday Night Raw where he spoke with MVP and Bobby Lashley. According to Wrestling Observer Radio, the appearance may have been part of an angle designed to bring back the Nation of Domination. This was a planned angle before, though it is not clear if WWE is continuing with the plan. The original version of the stable ran from 1996 – 1998 and played a role in Rock’s rise to the top of the company.

The Nation was a big deal in its time. Check out what they put together:

Opinion: I really hope this isn’t the case. The Nation of Domination was a thing twenty two years ago. While that is a long time, is there anything wrong with MVP and company calling themselves the Hurt Business? It would be like having Triple H and company calling themselves the Four Horsemen in 2003. Why be something that has been done before when you can do something of the first time?

Do you want to see the stable back? Who is your favorite stable? Let us know in the comments below.

Big Show REALLY Doesn’t Want To Be A WWE Producer 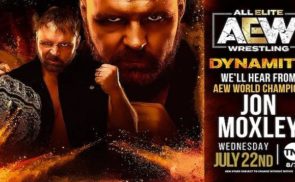