One more time? Tournaments are about as easy of a concept in wrestling as you can get in wrestling. You take a bunch of people or teams and put them in a bracket with the last one standing winning some kind of a prize. It could be a title, a title shot or something else, including bragging rights. Either way, it can make for some entertaining programming and now we might be seeing it again.

King Corbin appeared on this week’s edition of the Bump and discussed the King of the Ring tournament. Later in the day, WWE’s Adam Pearce mentioned that he had many conversations with Corbin about the tournament coming back, telling fans to “stay tuned”. At the moment, no new tournament has been announced. Corbin won the most recent edition of the tournament in 2019 and has worn the crown since.

The King of the Ring tournament was first held in 1985 and went on to become an annual pay per view event starting in 1993. It would remain on the schedule until 2002, when it became an event held intermittently over the years. Various legends and Hall of Famers have won the tournament over the years, including Bret Hart, Steve Austin, Booker T., Randy Savage and Edge.

I know that I have had many conversations with @BaronCorbinWWE on this very topic. Stay tuned. https://t.co/jTC8l8VAkA

The tournament has meant a lot over the years. Check out some of its better moments: 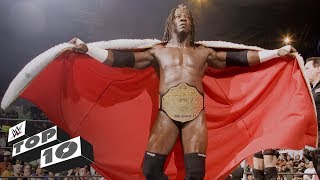 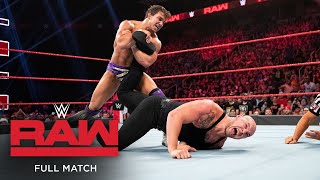 Opinion: I could go for another King of the Ring and the good thing is that it doesn’t exactly take a lot of effort to put together. Just find eight or sixteen wrestlers and put them together in a bracket and everything is pretty much good to go. It is an easy way to jump start something and there are far worse ideas than bringing it back. If nothing else, it could let Corbin move on, though the King deal has been quite the success for him.

What do you think of the tournament? Will WWE bring it back? Let us know in the comments below.