Tis the season. Wrestling occupies a weird place in the middle of athletics, acting and celebrity status. That is the kind of place that a lot of people are never able to escape, but every now and then, a wrestler is allowed to see how far they can go in the mainstream sports world. It isn’t the most common thing in the world, but it tends to happen around WrestleMania season, which is the case again this year.

WrestleMania brings a lot more eyes to the world of wrestling. It shows that there is a big market out there for wrestling, even if mainstream sports don’t pay attention to it all that often. Sometimes you’ll see a mainstream athlete cross over though, and this time around that is bringing some extra attention to wrestling, albeit in the form of a third sport. Well at least a simulation of one.

According to NASCAR.com, Rob Gronkowski and Mojo Rawley will be the grand marshals for this Sunday’s eNASCAR iRacing Pro Invitational Series race. While there are no fans allowed into regular racetracks, this will be a virtual race with the drivers racing around a virtual Bristol Motor Speedway. Gronkowski will be guest hosting this weekend’s WrestleMania 36 and was introduced to WWE television by Rawley.

You might need to get used to them. Check out Gronkowski and Rawley in WWE:

Opinion: I know he might not be the most popular athlete in the world, but Gronkowski is going to get some extra attention on WWE’s product. That is why he was brought in and hopefully it pays off for the company in the end. While some people are going to be put off by him, there are going to be some people who look at him to see whatever else he is up to this time around. If WWE can profit off of that, so be it.

Do you think Gronkowski will be a success in WWE? Who would you like to see him face? Let us know in the comments below. 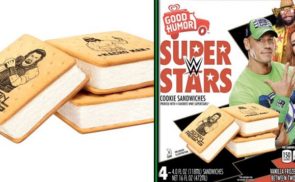