Two for the road. There are a lot of people in the WWE today and that means there are a lot of stories that can be told between them. The company’s job is to put the right wrestlers together and get a story out of them. If they can do that, they might be onto something that could draw in interest and under the right circumstances, money. WWE was at it again this week.

With less than a month to go before Tables, Ladders And Chairs, it is time to start getting some of the stories together. You can already see a good bit of the card coming together from here, but eventually something new needs to be added. That seems to be the case again this week, as WWE dealt with some Survivor Series fallout which could lead to some new pay per view matches.

This week on SmackDown, two new feuds seemed to begin. First, Bianca Belair attacked Bayley during Belair’s match against Natalya. The two of them had been teammates on the SmackDown Survivor Series women’s team. Second, Kevin Owens ended the show by calling on Universal Champion Roman Reigns. This came after Reigns’ cousin Jey Uso attacked Owens, who eventually defeated him in the show’s main event. Reigns had told Uso to make his former Survivor Series teammates, including Owens, respect him. Neither of the two pairings have been confirmed for any potential match.

It was a busy night. Check out where we might be going:

Opinion: These could both work rather well and they would make fine additions to the pay per view card. Belair is someone who has seemed ready to break through to the next side for a long time now and Owens is one of the few realistic opponents for Reigns on the roster. WWE might be on the way to putting together a solid pay per view card but they have some time left before getting there.

What do you think of the matches? How would you see them going? Let us know in the comments below. 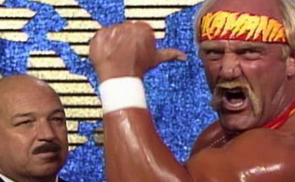 How Much Money Some WWE Stars Made For Survivor Series