That’s horrible. Wrestlers have an interesting job when it comes to performing, as they have to keep things safe while also making fans believe that what they are seeing is real. That is easier said than done but the best stars have the ability to make it work. Sometimes people take a similar skill in an extremely wrong direction though and that seems to be the case again in relation to a WWE star.

WWE’s Liv Morgan has posted some tweets begging fans not to believe others impersonating her online. Morgan says that someone has been talking to fans while posing as her and asking for money. This has caused one fan to sell his house and everything he owned, thinking he was helping Morgan. She made it clear that she has not asked for anything and begged people to stop using her name or sending money to someone posing as her.

Guys I’ve been sent so many emails of horror stories about people making fake accounts and emails pretending to be me & asking for huge amounts of money. This really makes me so sad. Please don’t use my name to con people out of their hard earned money. Please please please

A man sold his home and lost everything thinking he was helping “me”. This has me so sick. Please know I would never reach out to ask any of you for a single penny. I’m so sad. Please stop

Opinion: I feel so sorry for people like this as not only are the victims falling for it but Morgan’s name is dragged through the mud when she did nothing worse than being a celebrity. This is little more than theft by way of a con artist and that is sad to see. Hopefully this is stopped somehow, but thieves have been around since humanity began and always will be in one form or another.

What do you think of Morgan? How face can she go in WWE? Let us know in the comments below. 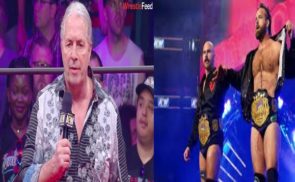 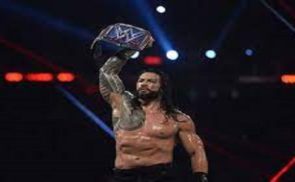