It’s another way to see them. There is a lot of programming in WWE and some of it can be a little bit different than others. While you get to see a lot of traditional in-ring action, you can also see some material that focuses on the behind the scenes aspects of the wrestlers’ lives. That can make for some interesting television time and now we will be seeing a fresh take on the idea.

WWE broadcaster Corey Graves and Monday Night Raw’s Carmella have announced that they will be starring in an upcoming reality web series called Corey And Carmella. The series will premiere on WWE’s YouTube channel on February 28 and there is no word on how many episodes will be produced. Carmella and Graves have been dating for over three years and announced their engagement in October 2021.

So happy to finally announce #CoreyandCarmella will premiere on the @WWE YouTube starting Monday February 28. ?? pic.twitter.com/JVKseeqO6q

Opinion: This is something that could work out well as the two of them are both WWE personalities and know how to talk to a camera. At the same time, it sounds like this will not be a full on reality series where they have to talk for an hour per show. Keeping something like this short and to the point can make it all the better and hopefully that is what we wind up getting.

What do you think of the concept? Which wrestlers could have an interesting reality series? Let us know in the comments below.

Another WWE Name Released After Nearly Thirty Years With The Company 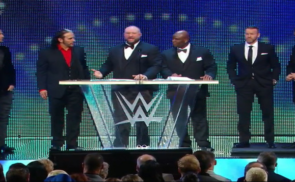