That might explain a few things. This week’s WWE Draft was one of the most important events of the year, as tends to be the case. There are so many wrestlers on the WWE roster and sometimes you need to shake them up a bit. That was the case with dozens of wrestlers on SmackDown and Monday Night Raw, thought not everyone got some attention. Now we know a bit more about one of them.

After the Draft was over, there were two names who were not assigned to either roster. The two names were Mickie James and Andrade, the latter of which was a bit of a surprise. Andrade has been regularly featured along with Angel Garza, who was drafted to Monday Night Raw on Friday. Instead of being drafted, Andrade lost a match that did not even last three minutes. There might be another detail that explains things a bit.

He’s a talented guy. Check out what Andrade can do when he is healthy:

Opinion: This explains a little bit, though the biggest deal is that at least Andrade will be gone for the time being. Andrade is someone with a lot of talent and you could see him becoming a major star in WWE. He can only go so far with so many losses though so maybe having him out of action is one of the best things that can happen to him. The fact that the procedure is elective is that much better of course and hopefully he is back in the ring sooner rather than later.

What do you think of Andrade? What should he do when he gets back? Let us know in the comments below. 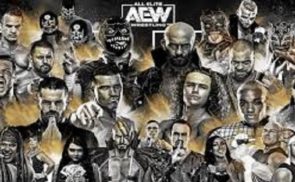 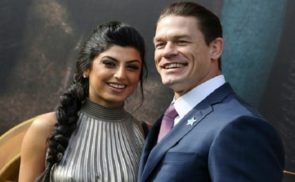 John Cena Does Something Very Special This Week