Rain check? It can be very frustrating to see a wrestler appear so promising and then have everything fall apart for one reason or another. This could be anything from an injury to storyline issues to a personal situation, but what matters at the end is that they are out of the ring for whatever reason. That is the case with a certain WWE star and it might be even longer before we see a return.

Sonya Deville was a guest on this week’s edition of WWE’s The Bump where she discussed her return to the ring. Deville mentioned that she loves being in the ring but also loves being a leader. As a result, she does not see a return to the ring taking place anytime soon, as she has been sharing power with Adam Pearce on Monday Night Raw and SmackDown. This comes after rumors of Deville training at the Performance Center surfaced earlier this month.

Deville has been out of the ring as she has been dealing with legal fallout from a man invading her home in August 2020. As a result, Deville has not wrestled since Summerslam 2020, after which she took a hiatus from WWE until January 1. Since then, she has appeared in her authority role, while doing nothing physical. There is no word on when or if she will wrestle again.

She is certainly talented. Check out the full show and what Deville does for WWE: 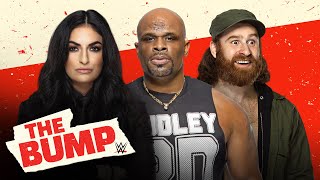 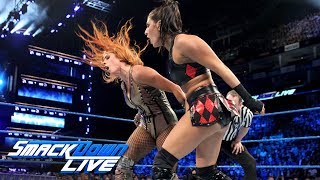 Opinion: I’ll be glad to have Deville back in the ring at some point, but I can also easily understand why she does not want to do it again until the entire situation is over. Going through what she did is about as horrific of a deal as you will hear most days and I cannot blame her a bit for not wanting to be wrestling. Deville is good enough to wait around on and WWE seems willing to do so.

What do you want to see Deville do? Is she better backstage or in the ring? Let us know in the comments below.