What could have been. There are certain angles and stories that you see in wrestling which will work almost every single time. At the very least they will draw in some attention and that is entirely the point. These ideas are often timeless and depending on how well they are put together, they can be memorable for a variety of different reasons. That was almost the case again with a recent angle.

There have been a lot of changes over the course of the year in WWE but one of the most prominent angles has taken place throughout the summer and into the fall. That was the story of Seth Rollins vs. Rey Mysterio, which went on for over six months and drew in several other wrestlers and people. It turns out that two of those people were almost involved in a huge story.

According to Wrestlingnews.co, WWE has considered a wedding angle between Aalyah Mysterio and Murphy, who have been in a romantic relationship over the last month. However, due to Seth Rollins having to take time off from WWE due to his fiance Becky Lynch giving birth soon, the angle may have been called off. There is no word on if the angle will still be taking place. Last week’s SmackDown saw Rey defeat Rollins in a match billed as the Final Chapter between the two. After the match, Rey accepted Murphy and Aalyah’s relationship for the first time.

The relationship has been built up rather quickly. Check out how the wedding almost came together:

Opinion: This is something that could still take place and that is not the worst idea in the world. Wedding angles are one of those idea that are almost always going to work and that would have been the case again here. That being said, the Rollins vs. Mysterio feud has already been going on for six months now and that might be going a little too long to have something that big thrown in. Maybe in the future, but for now it might be better to take a breather.

What do you think of the idea? Will it take place? Let us know in the comments below. 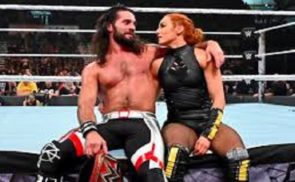 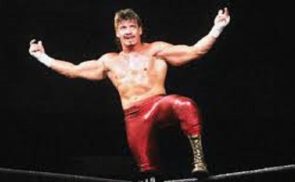