WWE RUMOR: Touring May Not Return Until 2022

That’s a long time. The Coronavirus has changed the wrestling world in a huge way and it is going to have some long term impacts on the industry. WWE is no exception, as the company has been forced to change things up over and over. This includes the lack of live events and touring, and it turns out that we might be seeing that same situation for a long time to come.

Ever since the beginning of the Coronavirus pandemic, WWE has been confined to Orlando, Florida. The first several months’ worth of shows took place in the Performance Center before the productions moved to the Amway Center. Aside from the occasional show at Full Sail University, WWE had nowhere else to go, and they might not be going to as many places anytime soon.

According to the WrestleVotes Twitter account, WWE will not be resuming its regular touring schedule of SmackDown on Friday, live events on Saturday and Sunday and Monday Night Raw on Monday, all in different locations, until 2022. This does not mean that the company will not be having live events or being confined to Florida, but it is not clear when WWE will be running anything more than regular television. WWE is scheduled to stay in the Amway Center through at least the end of November.

I’ve been told that the typical weekly live event loop (Friday TV + house shows Sat & Sun + Monday TV) all of which in different locations, won’t return to the WWE schedule until 2022.

You might not see this for a bit. Check out some of the best crowd reactions ever:

Opinion: I’m not sure how long this is going to last but I can’t say I’m surprised. Not only are a lot of people going to be a bit hesitant to come out to a show, but WWE is going to need to start getting their feet back into their regular schedule. I could see a limited touring schedule, though I can understand why they aren’t going to be diving back into everything head first.

When will WWE start touring again? What should be their first change? Let us know in the comments below. 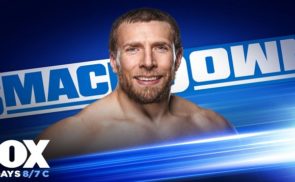 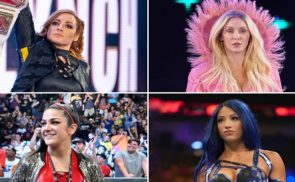