WWE RUMOR: Plans For Events Through WrestleMania 37 And Beyond

The next step. WWE is still in the middle of quite the mess and that might not be changing anytime soon. The Coronavirus pandemic has changed the way WWE works and it is not clear how long it is going to be before they are allowed to have fans back in their buildings. For the time being they have moved over to the Amway Center, dubbed the Thunder Dome, but that is not going to last forever. Now we know the company’s future plans.

WWE has a good location with the Amway Center but it is only going to last for so long. The arena is also the home of the Orlando Magic and the NBA season will be starting in December. A minor league hockey team also plays in the arena, meaning that WWE is going to have to make a change. They have an idea in mind and it is going to be a move that buys them a good deal of time.

According to the WrestleVotes Twitter account, the current plan is for WWE to move into Tropicana Field in Tampa, Florida in the middle of December and stay there until WrestleMania 37 on March 28, 2021. The goal is to have fans back in attendance starting with the Monday Night Raw after WrestleMania, but the Royal Rumble, being held at some point in January, is a possibility as well.

It could be a big night. Check out what ans could be in from each of the shows:

Opinion: Your trivia for the day: Tropicana Field has been the Thunder Dome before, as the stadium used the name when it hosted the Tampa Bay Lightning in the mid 1990s. Aside from that, this is an interesting possibility and something that WWE is going to need to do. I know they would rather have a more permanent home, but having Tropicana Field for the better part of four months is not a bad situation to have.

What do you think of the move? When will WWE have fans back? Let us know in the comments below. 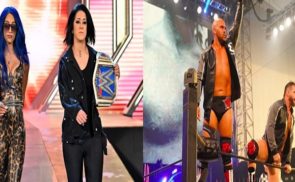 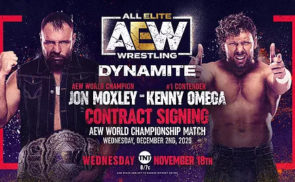