It’s a different future. The big story coming out of Payback was Roman Reigns becoming the Universal Champion for the second time. The title change came after Reigns enlisted the assistance of Paul Heyman as his new advocate, which changed the way everything worked on SmackDown. Heyman has some history with the title, and its future might look a little bit similar.

WWE is in a rather strange time as they are trying everything that they can to get their audiences back after things fell apart earlier this year. That is easier said than done, but one of the best things that they can do is present their top stars in major matches. Reigns would fit those descriptions, but it turns out he might not be in one of the biggest matches of the year.

According to Tom Colohue on the Dropkick DiSKussion podcast, the current plan for Reigns is to have a long title reign, similar to that of Brock Lesnar. Reigns title reign will include more title defenses, but he is not likely to defend the title inside Hell In A Cell. Reigns’ first title defense is expected to take place at Clash Of Champions, which will be held on September 27.

The two could be similar. Check out Reigns’ history with Lesnar:

Opinion: I could certainly go for something like this, as Reigns and Heyman could be one of the best combinations that we see for a long time to come. There is a natural chemistry between the two which has been on display almost every time they are on screen together. A long title reign could be very interesting and might breathe some life into the SmackDown landscape.

What do you think of the plan? How long will Reigns hold the title? Let us know in the comments below. 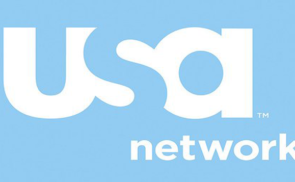