That’s a way to go. One of the biggest wrestling stories of the week has been Jimmy Uso being arrested for a DUI. This is something that has happened multiple times now and it seems fairly clear that Uso is in need of some kind of help. It remains to be seen if he will pursue that help, but something clearly needs to be done. Now we have an idea of what WWE might be doing, and it is a rather interesting way to go.

Uso appeared on this week’s SmackDown, reuniting with his brother Jey Uso and cousin Roman Reigns. The trio hugged in the ring with Reigns talking about how he wanted all of them to be champions, with himself as Universal Champion and the Usos as the Tag Team Champions. During the same show, the current Tag Team Champions, Rey and Dominik Mysterio, returned and brawled with the Usos to end the show. According to Wrestlingnews.co, the plan is for the Usos to win the titles with the title change coming at Summerslam. Should the Usos win the titles, it will mark their seventh title reign.

The Usos are indeed a great team. Check out some of their bigger successes: 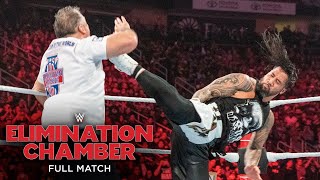 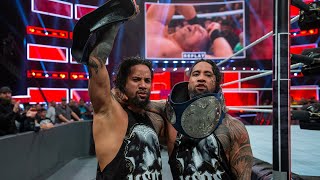 Opinion: At this point, would you really be surprised? The Usos are still one of the best teams going today and it makes sense for WWE to want to push them. That being said, it is not the best look to have someone with these kinds of issues getting this kind of a push. Jimmy needs some help and I’m not sure how much good there is in having him be presented as a bigger star than he already is.

What should WWE do with Jimmy? Will the Usos win the Tag Team Titles soon? Let us know in the comments below.