You kind of need him. There is no one in WWE, or professional wrestling for that matter, as powerful as Vince McMahon. He is the most influential figure in the last few decades of wrestling and has caused a lot of changes over those years. McMahon still maintains full control over WWE, including everything that goes on with television. That can be a benefit and a problem, and this week it was the latter.

Since the Coronavirus pandemic began, WWE has been confined to the city of Orlando, Florida, with their shows taking place at the Performance Center and then the Amway Center. That has caused some issues with the shows, but it has also offered them some stability. It helps to have one place to go, and McMahon has been at most of the shows. That was the case this week as well, but something was different.

According to SportsKeeda, McMahon did not even begin to look at what had been written for this week’s Monday Night Raw until he was already on the corporate jet to come to Orlando. This was the reason why the show did not have anything advertised until about an hour and a half before it began, as McMahon would have to approve of everything that was advertised. The show has been having trouble being completed on time since Paul Heyman was fired as Executive Director as there has been no driving force behind the creative direction of the show.

This week’s show was packed. Check out some of the highlights:

Opinion: That’s a big problem for Monday Night Raw, as the issue isn’t so much McMahon reading the show on time, but rather there not being a show to give him on time. These stories of backstage chaos at Monday Night Raw have been around for a long time now and it seems that things need to be changed. That does not seem to be likely though, and I’m not sure what that is going to mean for the show going forward.

What did you think of the show? Who should be in charge? Let us know in the comments below. 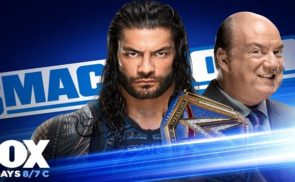 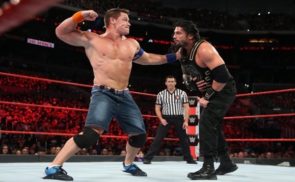