What could have been. There are times in wrestling when you see someone who seems like they can’t miss. They might not be top level stars or someone who is going to change everything, but they could fit into a role perfectly well for one reason or another. Maybe they have the look or the size, or in some cases they can have both. This time around things did not work out so well though and now two names are gone from WWE.

Back in 2016, a pair of monsters invaded NXT and took out American Alpha. The pair would become known as the Authors of Pain, later changed to AOP, with legendary manager Paul Ellering by their side. After holding the NXT Tag Team Titles for almost seven months, it was time for something new, meaning the team was main roster bound. They dropped Ellering as their manager and joined forces with Drake Maverick, but then the injuries started to pile up. The team spent a lot of time on the shelf, and it seems to have been too much for WWE.

WWE has announced that both members of the AOP, Akam and Rezar, have been released from the company. As is usually the case with WWE, no reason was given for their release. The team has not wrestled since March, when Rezar tore his bicep and put them both on hiatus. There is no word on where the team will be going next, though they will have 90 day no compete clauses.

They were a couple of monsters. Check out some of the team’s better moments:

Opinion: This came out of nowhere but I can’t say I’m overly stunned. Part of the problem is that the team can’t stay healthy, which makes it a little difficult to do that much with them. They are some awesome monsters, but you aren’t that intimidating when you are on the sidelines for months at a time. I’m sure they will be able to get a job elsewhere though as their size and reputation alone can carry them a long way.

What did you think of the team? Where will they wind up? Let us know in the comments below. 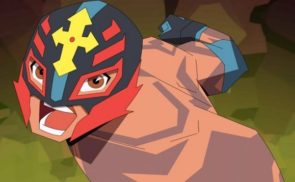 Rey Mysterio Getting His Own Animated Series