It’s one of the senses. WrestleMania 38 is less than a week away as WWE will reach its biggest show of the year. That is something that WWE has been doing for a long time now and that means there is quite a history built up. If there is one thing WWE knows how to do, it is hype up their own history, which is what they are doing again, albeit in a very specific way.

Opinion: There is something about hearing these songs again that make them feel special. You don’t get something like this every day and it is cool to have that many songs included in one place. Music is such an important part of a wrestling show and some of the WrestleMania theme songs over the years are excellent choices. This was a nice treat and I will probably be using it on the way to the weekend.

What do you think of the list? What is the best WrestleMania theme song? Let us know in the comments below. 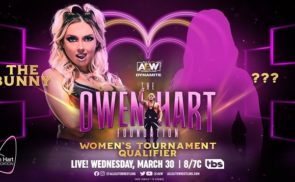