Records are made to be broken. There are a lot of titles in WWE and that means you are going to see them change hands fairly often. That is always going to be the case as WWE puts on a lot of title matches, especially in the era of monthly pay per views. Having so many titles change hands makes it all the more impressive when someone holds onto a title for a good while. That has been the case again, and this time it is a new record.

Tag team wrestling has always been in a weird spot in WWE. While there have been some stretches of greatness over the years, there have been many more stretches of WWE not having much in the tag team division. Now that they have two Tag Team Titles (not counting the two in NXT and the Women’s Tag Team Titles), the divisions are stretched even thinner, but one team has stood out in a big way over the last few months.

The Street Profits have held the belts for a long time now. Check out some of their reign:

Opinion: This might be stretching a little bit but given the WWE’s official continuity, everything that WWE said on the show was true. The titles have not been around all that long but the Street Profits have held them longer than anyone else in history. I’ve been a fan of the team for a long time now and they have long since been established as a team who can win on the main roster. I’m not sure what happens after they drop the titles, but they have had a long, healthy reign so far.

What do you think of the team? How long will they hold the titles? Let us know in the comments below.

Big Show Gets Some Bad News 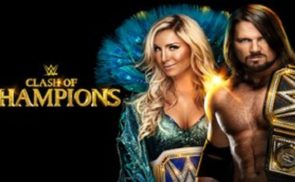 REVIEW: Clash Of Champions 2017: The Wrap Up Show