That’s why they’re #1. Despite some less than enthusiastic reactions at times, WWE is the biggest and most successful wrestling company in the world. They have been on top for a long time now and there is nothing to suggest that anyone is going to give them a serious challenge. While their product might not always be great, they know how to make money, which was on display this week.

WWE has released its fourth quarter financial reports, which show record breaking figures. The company reported a 30% increase in revenue to $310.3 million and a 131% increase in operating income to $83.6 million. This brings the company’s full 2021 revenue up 12% to a record $1.095 billion. According to Brandon Thurston of Wrestlenomics, this is the most profitable year in the history of the company and nearly twice as profitable as the 1999/2000 Attitude Era years.

Net income: The most final measure of profitability.

2021 is easily WWE's most profitable year ever. Even when adjusting for inflation, 2021 was nearly twice as profitable as the best "Attitude Era" years of 1999 and 2000. pic.twitter.com/gtUXGOqoP1

Opinion: Those numbers are downright staggering, as WWE was making a hundred million dollars a month in the last quarter of the year. That is absolutely staggering and the kind of number that is almost hard to believe. The company knows how to make money, though it did take some not so popular moves to make a lot of that revenue possible. WWE is going to be profitable due to their huge television deals alone, but letting so many wrestlers go was not the most popular looking move. Granted, I don’t know how much WWE really cares about that part.

What does this mean for WWE? How can they become more profitable? Let us know in the comments below.

How A Missing WWE Producer Caused Problems At The Royal Rumble 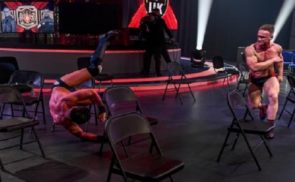