It was a great ride. While there are a lot of issues with wrestling in the United States, variety is not one of them. There are so many options for wrestling out there that it is virtually impossible to keep track of everything. Some promotions are bigger than others of course, with the independent circuit offering all kinds of big and small promotions. One of the more prominent indies might be in major trouble.

NXT has come a long way in its existence, going from little more than an extra hour of content on WWE.com to having its wrestlers featured at most of the major WWE pay per view events. That is a long stretch, but its wrestlers had to come from somewhere in the first place. There is a pipeline to NXT, but now some of it may not be around much longer whatsoever.

According to the Wrestling Observer Newsletter, Evolve Wrestling is undergoing serious financial problems and may be ready to sell “pretty much everything” to WWE, including their tape library. Should this happen, there is no way of telling what will happen to the promotion. WWE has worked with the company in the past, including airing their tenth anniversary event live on the WWE Network.

The companies have worked together before. Check out the time Evolve was on the WWE Network:

Opinion: I have no idea what this means for Evolve, but it’s never good to see something like this happen. The best case scenario might be having WWE just buy them up and turn it into another developmental territory. NXT is great, but sometimes you need another place for these people to go in front of different fans. WWE’s Evolve is better than no Evolve and hopefully we wind up seeing something that keeps more wrestling around.

Will WWE buy Evolve? Do you want them to? Let us know in the comments below. 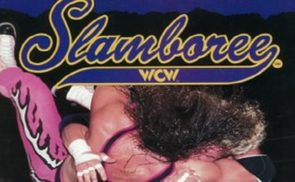