Update your calendars. While it still has some problems, WWE is still the biggest and most powerful wrestling company in the world. The company runs multiple events every single week with thousands of people coming out to see them. Some of these events are among the biggest in the world, including several stadium shows. Now https://twitter.com/SeanRossSapp/status/1485091044584837120though, WWE might be adjusting one of their major events.

According to Sean Ross Sapp, the UFC will be holding an event at the T-Mobil Arena near Las Vegas, Nevada on July 2. This is the same time that WWE is expected to be running Money in the Bank at Allegiant Stadium. As a result, WWE may decide to move their event, though they do have a hold on the stadium for Sunday July 3 as well. WWE has yet to announce any change to their schedule.

I'm told there's unlikely to be a conflict as WWE also has a hold on Allegiant Stadium for Sunday, July 3. With the Independence Day holiday on Monday, it looks like it will all be sorted by the time Money in the Bank tickets go on sale and there will be pretty big weekend there https://t.co/LPMmOnNqGs

Opinion: This is the kind of change that would make sense for WWE, as running an event against the UFC in the UFC’s backyard might not be the smartest move. WWE having a backup plan is a good sign and if they have to make a change, it is really not that big of a deal. Still though, there is something very nice about a show airing on a Saturday night and now we might not be seeing it again in July.

What would this mean for WWE? What do you expect to see on the show? Let us know in the comments below. 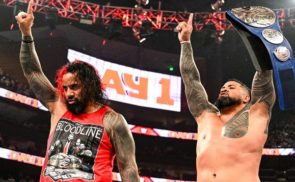 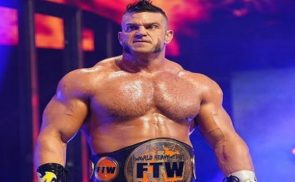 Another Name Gone From AEW, Several More May Be Departing