It’s a big one. WrestleMania 38 is half in the books and while there is so much left to be done, there is a lot to look forward to in the future. Just because 38 is almost over doesn’t mean that it is too late to start thinking about the next year’s edition, and WWE has already done just that. There is a trend continuing next year and your individual taste on it may vary widely.

Opinion: I don’t think there is any surprise here and that might not be a great thing, depending on your taste. At the end of the day, WWE likes making the shows this long and they are doing it again next year. WrestleMania always has a lot going on and while it might be me being a traditionalist, I prefer the one night format. Tone things down a bit and make it fit on one night and you have something.

What do you think of the idea? What do you see headlining WrestleMania 39? Let us know in the comments below. 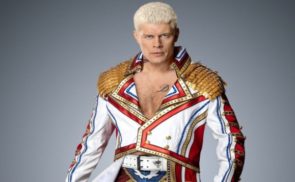