When the boss speaks. This week’s SmackDown was one of the more unique shows in a good while and it was all due to the show closing segment. The show was centered around Triple H’s 25th anniversary in the company, which was given the big grand treatment at the end of the night. There were a few guest appearances included, but one of them will not exactly be around for posterity.

Triple H’s celebration included several cameos from some important people in Triple H’s career, including various members of his family. That would be the McMahons, with Stephanie McMahon calling Triple H during the ceremony but the big moment was Vince McMahon appearing at the end of the show. Vince had a lot of things to say about Triple H, but you might have to go hunting to find them.

WWE has added Vince’s speech to their YouTube channel, but it is not the entire segment. All references to Katie Vick are omitted and there is a noticeable jump cut in the video. The WWE on FOX YouTube channel has uploaded the entire segment with no omissions made. There is no word on why WWE edited the segment, though it is not clear if Vince’s speech was scripted in the first place.

Which version do you prefer? Check out the edited and full version:

Opinion: Really, can you blame WWE for getting rid of something related to Vick? It’s one of the true dark marks in the company’s history and I’m not sure what the point was in bringing it up in the first place. I was surprised to hear it in the first place and it’s probably better to ignore it for the sake of people not looking it up. Either way, it was cool to see Vince show up, even if he was a little out there.

Did you like the speech? What is your favorite Vince speech? Let us know in the comments below. 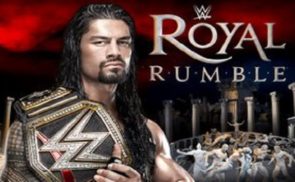