Welcome back? There are a lot of wrestlers on the WWE roster and some of them are among the biggest names in wrestling history. If you have been watching WWE for any length of time, you know that there are some names which have made a lot of history in the company. Some of them have even made an impact even outside of WWE and another one of those names will be back soon.

This week on Raw Talk, WWE Hall of Famer Jerry Lawler announced that he will be filling in on Monday Night Raw commentary next week. Regular broadcaster Corey Graves and Monday Night Raw star Carmella will be getting married later this week and will be on his honeymoon next week. This will be a one off appearance for Lawler, who has been done commentary on and off for thirty years.

Opinion: Lawler is one of those names that can be hit or miss, as you never know what version you are going to get. If he is being his evil self, you can get something more interesting but if he is being his not very funny self, it might make for a long night. That being said, Lawler is one of the most well known names and voices in the history of WWE and having him around is a nice bit of nostalgia in a one off moment.

What do you think of Lawler’s commentary? Who is your favorite commentary team? Let us know in the comments below. 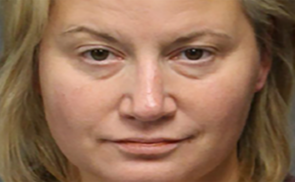 Sasha Banks Wants To Wrestle On Another Planet