Welcome back. There are a lot of people needed to make WWE work. The company is huge and has so many different moving parts that it is difficult to keep everything moving well. It takes the right people working behind the scenes and some experience can do a lot of good for everyone involved. That is the case again as WWE is bringing back an experienced veteran to take on a big role.

According to PWInsider.com, WWE Hall of Famer Jeff Jarrett will be returning to WWE in an executive role and taking over the production of live events. He is expected to begin his new job next week. Jarrett has worked for WWE before in an executive capacity before leaving the company during the Coronavirus pandemic. During his time away, he has worked for various companies such as AAA and GCW.

Opinion: This is the kind of move that makes sense for WWE as Jarrett’s main work backstage was running Impact Wrestling, but that is a kind of experience that very few have. Jarrett is a lifer in wrestling and someone who brings a certain experience and knowledge to the role that you do not often see. Having him around will do a lot of good and that should offer some stability to the live events.

What do you think of Jarrett? How much can he help WWE? Let us know in the comments below. 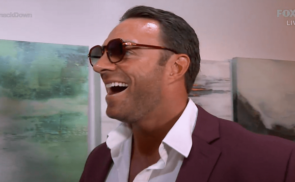