WWE Continues To Have Issues With Fans Harassing Wrestlers

What’s in the water up there? Fans are a crucial part of any wrestling show, which was certainly proven in the last year or so. It meant a lot to have the fans back in the building and WWE went out of their way to show what a bit deal it was. There can be some issues with having them back though, and one of those issues was on display this week. It just so happens that a similar situation took place off camera.

One of the bigger stories to come out of this week’s Monday Night Raw was a fan attacking Seth Rollins. However, that was not the only instance of a fan being ejected. According to Alex McCarthy, a fan yelled at wrestlers during the post show dark match, with MVP and Sami Zayn not liking what he said. Security ultimately took the fan out of the building before the show ended. It is not clear what was said, though the fan was said to have been yelling at the Street Profits earlier in the night.

I was there; this guy didn't get ejected. SP had a long commercial break before their match; this guy spent the entire time goading Montez. During the main event, guy got too eager / close. Bald guy is WWE security wasn't taking chances, so he had security back him away.

This incident was during the dark match after the show.

More weirdness from the crowd as the guy in blue gets ejected. No idea what was said, but Montez Ford waved him off with both MVP and Sami Zayn getting animated. pic.twitter.com/t3slCIs4ul

Security can be useful on occasion. Check out some of their WWE appearances over the years: 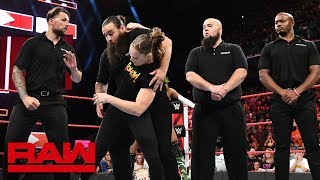 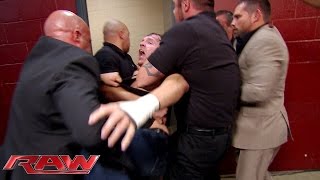 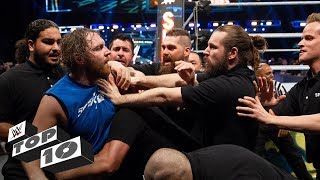 Opinion: This is something that could have been a lot worse but thankfully was contained in a hurry. You never know what a fan is going to do, as was clearly shown earlier in the night. I’m not sure what this fan said, but it is certainly good to see that he was taken care of in a hurry. Hopefully this was just a weird night for some reason, as you do not want to see this become a trend in any way.

Did WWE handle this properly? What can be done to keep it from getting worse? Let us know in the comments below. 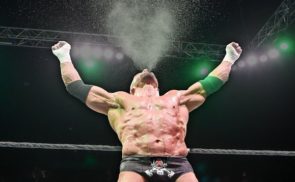