WWE Drops Major Hints About Top Stars Of Every Show

That’s where we’re going for. Earlier this month, WWE presented WrestleMania 37 over the course of two nights. That was the most important weekend of the year, with all kinds of important things taking place on the shows. WWE presented various matches, angles and stories as the big ending of all kinds of things that have been set up. That means that it is time to start things up, and now we know where things are going on various brands from WWE to NXT.

With WrestleMania 37 over, WWE is now looking forward to the future and that includes adding a new look to their website. WWE has added a series of new banners to the sections of Monday Night Raw, SmackDown, NXT, NXT UK and 205 Live. These banners each feature a group of superstars and are likely to be the wrestlers that WWE will be featuring on those shows.

These banners include mostly current champions and will be updated as weeks go on. Each includes two featured wrestlers and four others in the background. There are also various top stars from each show, including at least two women on each banner, save for 205 Live which does not have a women’s division. Monday Night Raw and SmackDown both feature three women out of six included.

Opinion: This is the kind of thing that can tell you a lot about the future and that can be rather fascinating. There are very few surprises here, but at the same time, it does give you an idea of where things are and where they might be going. That is a rare look inside WWE’s mindset at the moment and it is interesting to see what WWE is thinking at any given time.

Which group interests you the most? Who should be swapped in on which show? Let us know in the comments below. 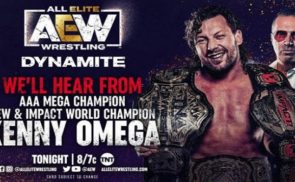