Keep them coming. We are in the middle of the WWE Draft and that means things are in a pretty big stretch of WWE programming. Almost every top star in WWE is available for both shows and WWE has done a good job of making it feel like an important pair of shows. That will be the case again on Monday, but what about the following week? It turns out that there are plans in place for the future as well.

While the Draft is an important time for WWE, it really is only the beginning of the major stories. The whole point of the Draft is to set up the new rosters, but there has to be something to take place after that. That makes for some interesting moments but we have a few more things to cover before we really get to the point. One of the remaining shows takes place next week and it’s a stacked one.

This week on SmackDown, WWE announced that next week’s edition will be the SmackDown season premiere. The show will feature Roman Reigns’ defending the Universal Title against Braun Strowman in Reigns’ first title defense on regular television. In addition, the New Day will have their farewell six man tag as they face Sheamus/Shinsuke Nakamura/Cesaro. The new roster will be put in place the following week.

It’s going to be a big one. Check out what is in store:

Opinion: That’s quite the big show and that’s a good thing. SmackDown has been on a bit of a roll at the moment and it makes sense to push some major matches and stories every now and then. It isn’t something you can do every week but for a special occasion like this, everything should be fine. If nothing else, having the title on the line is a good idea and something that makes the show feel all the more special.

What are you expecting from the show? What else should be added? Let us know in the comments below. 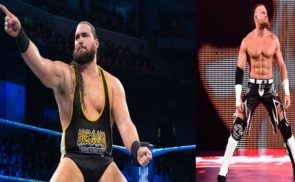 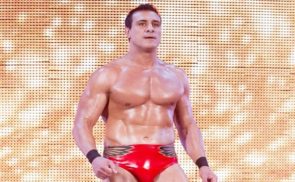