It’s quite the honor. The WWE Hall of Fame is one of the longstanding parts of WrestleMania weekend, with inductions taking place almost every year since 2004. You get to see all kinds of stars from years past being honored for what they have done over the years, but there is also a special award for people in another category. Now we know something else about this year’s recipient.

WWE has announced that Shad Gaspard will posthumously receive the Warrior Award at this year’s Hall of Fame induction. Gaspard passed away in 2020 as he drowned saving his son in the ocean. Since his death, several people in WWE have pushed for him to receive the award, which is designed to remember the spirit of the Ultimate Warrior. the ceremony Takes place on April 1 after SmackDown.

Opinion: This is something that is overdue and rather appropriate for both Gaspard and the award. Gaspard seemed to be one of the nicest guys in wrestling and died saving his son, which is about as heroic as you can get. The award is one of the best honors that WWE presents every year and it will certainly be an emotional moment. I’m looking forward to the speech, which should be quite the memorial for Gaspard.

What do you think of the award? Who should accept on Gaspard’s behalf? Let us know in the comments below. 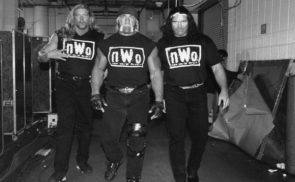 WWE May Have Had Plans For Scott Hall And The NWO

Former WWE Star Announces That He Is Stepping Away From Wrestling