There is a market for it. Wrestling fans love what they get to watch anytime a wrestling show is on. They have their favorites and get to cheer one wrestler after another, many of whom have their own signature looks. It would make sense for fans to want to not only support those wrestlers but also show their support for them. Now that is going to be easier in WWE.

WWE has announced that they have entered into a long term agreement with Fanatics for merchandise, NFT’s, trading cards and e-commerce. WWE’s online merchandise store will be replaced by a Fanatics store at some point over the summer. There is no word on what kind of changes this could mean for the amount of merchandise available or how long the partnership is originally set to last.

Opinion: This is the kind of thing that WWE does as they love to outsource their stuff. If nothing else, this is one less in-house thing that they have to worry about and Fanatics is already associated with almost every major American sports league. Tying WWE into those makes WWE look better and should open them up to a wider audience. I don’t know if this is going to make a big difference for the fans, but it is a move that makes a lot of sense.

What do you think of the move? What is your favorite wrestling merchandise? Let us know in the comments below. 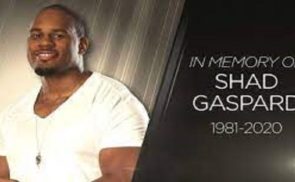